All Grown Up: The Unconventional Coming-of-Age Novel

In October, I will turn 25 years old. To deal with this existential crisis (kidding, y’all), I’ve been reading lots of books with messy female protagonists that are still finding themselves well into adulthood. 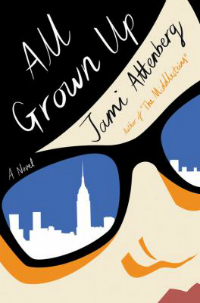 All Grown Up - Jami Attenberg

Andrea lives in New York City. Andrea is single. Andrea is about to turn 40. Andrea is not, surprisingly, starring in an episode of Sex and the City. At times I pitied Andrea, and at others I envied her. Attenberg has structured her novel as a series of vignettes that jump around in time, encompassing not just Andrea’s past and present but also those of her family, friends and lovers. The stories, which can be about something as simple as a botched flirtation at a wedding or as complex as Andrea’s father’s long-term heroin addiction, provide a satisfyingly thorough portrait of all of their lives. They also suggest all kinds of different endings for single women in fiction that are always realistic and often optimistic.

“Other people you know seem to change quite easily. They have no problem at all with succeeding at their careers and buying apartments and moving to other cities and falling in love and getting married and hyphenating their names and adopting rescue cats and, finally, having children, and then documenting all of this meticulously on the internet. Really, it appears to be effortless on their part. Their lives are constructed like buildings, each precious but totally unsurprising block stacked before your eyes.” 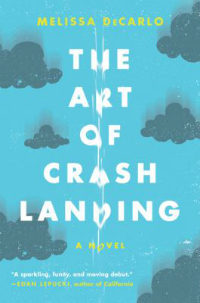 Before picking up this debut novel, I thought I had zero percent of my life together. Now that I’ve read it, however, I am sure that I have some of my life together because I am neither unexpectedly pregnant nor broke. Well OK, I’m a little broke. Mattie’s life is on a path much like that of her late mother, Genie--an alcoholic and single parent who all her life made one bad choice after another. So when Mattie receives news that her maternal grandmother has died and left her an inheritance, it couldn’t come at a better time. It also brings to light a mystery: Mattie grew up believing she and her mother had no surviving family. Hoping to inherit enough money to land her on her feet, and also hoping to maybe dig a little into her mother’s history, Mattie leaves the Florida panhandle for tiny Gandy, Oklahoma, home of the grandmother she never knew.

“I used to have my own friends, of course I did, but it’s like the dentist told me when I was a kid-- ignore them and they’ll go away. He was talking about teeth, not friends, but it’s the same theory, and I can tell you it works. The friends part, anyway; I still have my teeth.” 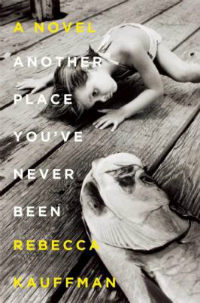 As Tracy grows from an awkward adolescent into an overbearing woman, we learn how her actions affect those around her—from her mostly absent father to the wife of the man she chooses to have an affair with, ultimately destroying his marriage before he has the chance to put it back together again. Presently, she works as a hostess in a restaurant in Buffalo, NY and she’s almost completely hardened to other’s feelings. Another Place You’ve Never Been is a novel told in stories. By the end, the pieces of the puzzle that is Tracy’s life fit together, her disappointments as much a part of her as her small victories, resulting in an undeniably moving and emotionally true portrayal of the kitchen sink of human experience.

“How was it that she hadn’t once in her entire life cried about her very own father, not once; not on the day he left, not over the visits he missed, not when he was diagnosed, or the day he died. Not one single tear for her very own father. Yet Greenie, that child, that selfish, stupid boy, he could straight-up squash her in half a second. How many times she had tentatively rehearsed this day in her mind.”