Up and Coming: "Windy City"

I have been a fan of Alison Krauss for as long as I can remember. Which is almost lame when you consider the fact that I’m 24 years old and most people my age are listening to like…Fetty Wap and Big Mac (I made that name up). She’s the reason I love music as much as I do, and you’re nuts if you don’t agree that she has the best voice in bluegrass. 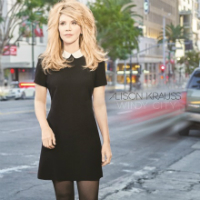 She has contributed immeasurably to a renaissance in American roots music as the frontwoman of Union Station. They have released seven albums, including: Lonely Runs Both Ways, New Favorite, Live, and Paper Airplane. 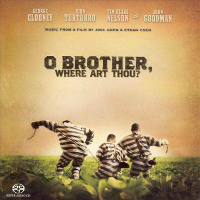 Prior to 2000, many music fans unfamiliar with traditional country and folk would’ve been hard pressed to define or even explain the American-bred subgenre known as bluegrass. But then came O Brother, Where Art Thou? One of the most unique and unexpected film successes of recent history, the soundtrack was in the works well before the film itself. Alison, and her bandmate Dan Tyminski, played a huge role in helping the album to become a best seller—certified eight times platinum, if you wanna get technical.

Alison Krauss is an extremely influential vocalist, musician and producer. I would probably vote for her in a presidential election. Her music has inspired both other artists and fans just like me. Even Adele (yes, that Adele) admitted that she’s obsessed with her. Although Windy City will be released on February 17, you can place a hold on a copy with your library card today.