Best of ’16: From Fiction to Celebrity Memoirs

I’m not one for New Year’s resolutions. Like, sometimes I eat Cheetos for breakfast and I’m honestly not trying to change that. I do like to reflect on the previous year, however, and what I accomplished (or didn’t). And in 2016, I read a lot of books. 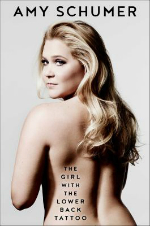 The Girl with the Lower Back Tattoo by Amy Schumer

“I wear my mistakes like badges of honor, and I celebrate them. They make me human.”

Human is a good word to describe Schumer’s first book. For a comedian of unbridled (and generally hilarious) causticity, she has written a probing, confessional, unguarded, and, yes, majorly humanizing non-memoir; a book that trades less on sarcasm and more on emotional resonance. With little notice, the essays whiplash from hilarious to grim as Schumer lays bare some of the most traumatizing moments of her life. 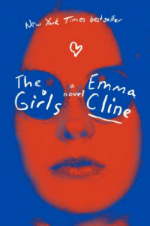 The Girls by Emma Cline

This book was everywhere last summer, from The Paris Review to this very blog. And as you can tell, I’m still not over it. As full as the book is of clearly articulated notions, paragraph-long observations on the paradox of feminine power and girlish powerlessness, it’s not a creed; Cline carefully treads along a well-paced plot, drawing characters with heart along the way. She manages to reflect on the tension between the selves we perform and the selves we feel we are— “affected” is a favorite alternative to “said”— without getting mired in commentary. 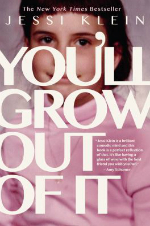 You'll Grow Out of It by Jessi Klein

I’m a huge fan of funny, honest women—probably because I like to think that I am one—and Jessi Klein can certainly be described as both. For a time, she was a writer for Saturday Night Live and she’s now the head writer and executive producer of Inside Amy Schumer. In her first book, she tackles the issue of “Poodles” vs. “Wolves”, depression, infertility, and just how generally terrible it can be at times to exist as a woman. And yes, I’m most definitely a wolf. Highly recommended for fans of Mindy Kaling’s Is Everyone Hanging Out Without Me? 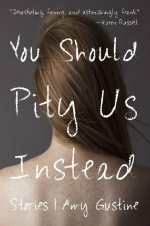 You Should Pity Us Instead by Amy Gustine

Where do you draw the line between crazed and crazy? Between protecting your children and mothering them? Family life, with an emphasis on parental love, is dangerous territory in Amy Gustine’s debut. The stories’ settings and plots range impressively and the characters include a jilted physician processing immigrants on Ellis Island; an Israeli mother searching for her soldier son, kidnapped by Hamas; a cat lady in contemporary Ohio who has acquired 50-plus felines after the deaths of her mother and husband. This carefully written collection of intense, sobering stories reminds us that the human condition is no piece of cake.