While it maybe wasn’t as bad as last year, 2021 still had its ups and downs. One of the “ups” was that a lot of excellent books were published this year. In this post, I am going to share my top picks for fantasy and science fiction books for adults published in 2021. Fantasy and science fiction are two of my favorite genres and I am always excited to see what adventures await in these new books. Whether it’s traversing across a galaxy (far, far away) or journeying through a magical realm, the new worlds created in these types of books is what really draws me to these genres, as well as large casts of meaningful characters. I hope you will find something in this list that you can enjoy as well! 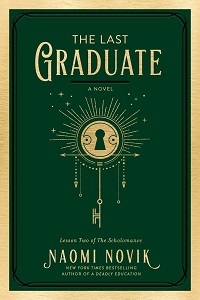 The Last Graduate by Naomi Novik

In this second book of the Scholomance series, El, Orion and the other students at Scholomance, a school for the magically gifted, enter their final year of school. At this school, failure means death. The students are even more aware of this than ever with graduation approaching. In this case, graduation is a dark ritual that few students survive. As the challenges thrown at the students by the school get harder and deadlier, El continues to uncover more secrets about Scholomance. 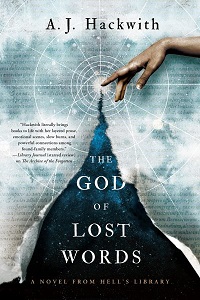 The God of Lost Words by A.J. Hackwith

This book is the powerful conclusion to the Hell’s library trilogy. The Library of the Unwritten is a library in hell comprised of books that aren’t finished by their authors, and the librarian is tasked with tracking down any restless characters who emerge from these unfinished stories. Former librarian Claire and her allies have discovered the true nature of unwritten books. Now that they know the truth, Hell will be coming for every wing of the library in its quest for power. It’s up to Claire and her allies to save the Library. 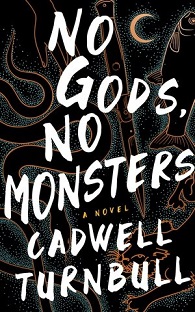 No Gods, No Monsters by Cadwell Turnbull

Laina gets awful news that her brother was shot in Boston by cops. When she goes to learn more about what happened, she discovers that monsters are real. As creatures from myth and legend emerge from the shadows seeking safety through visibility, the world begins to erupt in chaos at this revelation and a chain of seemingly unrelated events is set off. At the center of all this is another mystery: why now? What has frightened the monsters out of the dark? 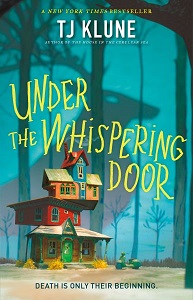 Under the Whispering Door by TJ Klune

Wallace Price has died, and a reaper has come to collect him from his own funeral and bring him to the afterlife. However, the reaper takes him to a small village instead and he meets Hugo, the ferryman to souls who need to cross over. Wallace isn’t ready to cross over, so Hugo helps him learn about all the things he missed in life. However, when a mysterious, powerful being called the Manager arrives, he gives Wallace one week to cross over. With limited time left, Wallace sets about living a lifetime in seven days. 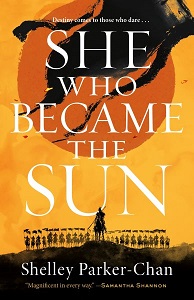 She Who Became the Sun by Shelley Parker-Chan

In this historical fantasy book set in China, Parker-Chan reimagines the rise to power of the Ming Dynasty's founding emperor. In a famine-stricken village, the Zhu family’s eighth-born son, Zhu Chongba is given a fate of greatness while their second daughter is given a fate of nothingness. When Zhu Chongba unexpectedly dies, the daughter decides to take her brother’s identity in order to escape her fate. She joins a monastery as a young male novice and finds herself in a world of rebellion against the Mongol leaders who have long been in power. She fights to survive and takes the chance to claim her brother’s fate of greatness. 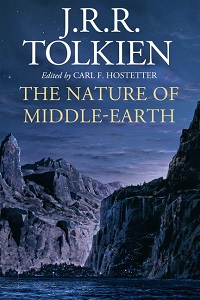 The Nature of Middle-Earth by J.R.R. Tolkien, edited by Carl F. Hostetter

J.R.R. Tolkien created the world of Middle-Earth in The Hobbit, and continued building that world in the Lord of the Rings novels. He didn’t stop there, though. He continued to write about Middle-Earth in the decades that followed, right up until the years before his death in 1973. This book is the first ever publication of J.R.R. Tolkien’s final writings on Middle-Earth. It covers many different subjects and is perfect for fans of The Hobbit, The Lord of the Rings, The Silmarillion, Unfinished Tales, and The History of Middle-Earth who want to learn more about the epic world that Tolkien has created. 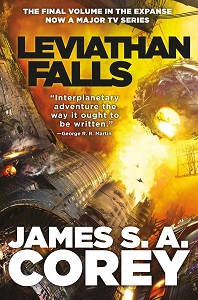 This book is the ninth and final installment of the Expanse series. In this thrilling conclusion, the Laconian Empire has fallen but the ancient enemy that killed the gate builders is awake and is seeking to destroy the human race. James Holden and his crew on the Rocinante lead the charge to unite and save all of humanity, hoping to bring peace to the galaxy. But the price of victory may be worse than the cost of defeat. Be sure to check out the Expanse TV series as well on Amazon Prime, which is currently airing its sixth and final season. 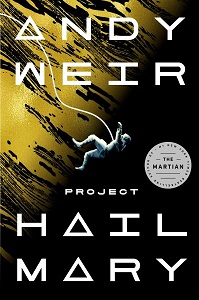 Weir, the author of The Martian and Artemis, returns with this third exciting novel. Ryland Grace wakes up from a coma and finds himself on a spaceship. He is light years from Earth and does not remember who he is, why he is on a spaceship, and what he is supposed to be doing. He discovers that his crewmates are dead. His memories begin to fuzzily come back to him and he realizes he is on a mission to save humanity. Now that he is alone, the incredibly difficult mission now seems impossible. He must desperately work to complete the mission because if he fails, humanity and the Earth itself will perish. 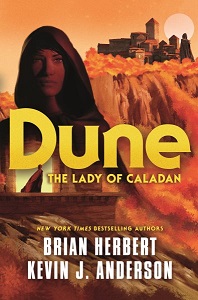 This is the second book in a new prequel Dune trilogy, following last year’s Dune: The Duke of Caladan. I initially wasn’t sure if I should include this one on my list this year, since I had the aforementioned first book of this new trilogy on my list last year. However, with the release of the new Dune movie this year, the Dune series has been getting popular again, so I definitely want to include this. This book focus primarily on Lady Jessica, wife of Duke Leto Atreides and mother of Paul Atreides. The empire is growing, and Lady Jessica made choices that helped shape the Empire. Some of these choices resulted in her betrayal of the Bene Gesserit, the pseudo-religious sisterhood that she was a part of. As she deals with the aftermath of her betrayal, events in the Empire are unfolding and Jessica must now decide if her loyalty to the Sisterhood is more important than the love of her own family. 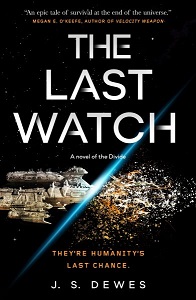 The Last Watch by J.S. Dewes

Humanity has won the war against the Viators, an alien species that crossed over at the Divide. The Divide is an empty border at the edge of the universe. That border is now guarded by a group of ships crewed by the Sentinels, who are court-martialed soldiers that have been exiled. When the Divide begins to collapse, Adequin Rake, commander of the Argus, takes charge. With no resources and no comms, Rake and the other sentinels are the only ones who can stop the collapse and save humanity from annihilation. 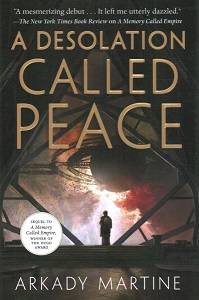 In this second book of the Teixcalaan series (following A Memory Called Empire from 2019), a threat of an alien armada arises, and a diplomatic envoy is dispatched, led by Mahit Dzmare and Three Seagrass. As they work to decipher the alien’s incoherent language, some factions start to believe that fighting is better. Now Mahit Dsmare and Three Seagrass must scramble to try and come up with a diplomatic resolution and stop a war from breaking out. 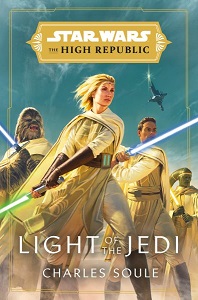 Light of the Jedi by Charles Soule

Of course, once again my list would not be complete without at least one Star Wars title on it! This book is the first in a new series that takes place in a completely new era of the Star Wars universe, the High Republic Era. Set 200 years before The Phantom Menace, it is a time of peace and worlds are flourishing. The Jedi Order is at the height of its power. When a shocking catastrophe in hyperspace tears a ship a part, the resulting shrapnel threatens nearby planets and could cause catastrophic damage. The Jedi are called to the scene and begin to investigate what happened and to find a way to stop the shrapnel from causing devastation on the nearby planets. A new threat to the galaxy looms, one more sinister than the Jedi could suspect. They take their chance during this crisis to cause further trouble on the outer edges of the galaxy. The Jedi must trust in the Force and figure out who this new enemy is and how to stop them so they can keep peace in the galaxy.