This year I find that many of my favorite books are biographies, with a couple graphic novels to round out the list. As always, my "To Read" list is so long I wasn't able to get to everything. Here are my favorite books I read this year: 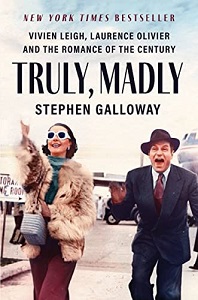 Truly, Madly: Vivien Leigh, Laurence Olivier, and the Romance of the Century by Stephen Galloway
Vivien Leigh and Laurence Olivier met when they were both married to other people. Shortly thereafter began a passionate love affair that resulted in both actors leaving their spouses and eventually getting married. Leigh is known for the iconic roles of Scarlett O’Hara in Gone with the Wind and Blanche DuBois in A Streetcar Named Desire, and Olivier played many iconic Shakespeare roles on the stage and screen - including the title roles in the pictures he directed: Hamlet, Henry V, and Richard III. The book explores their relationship as their careers took off and details the tragic unraveling of their marriage as Leigh struggled with depression and bipolar disorder and Olivier moved on with co-star Joan Plowright. Galloway asserts that it was because of each other that Leigh and Olivier soared to the cinematic heights they both did. 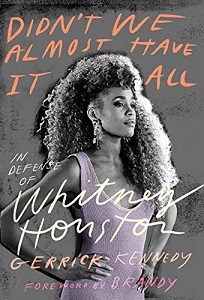 Didn’t We Almost Have it All: In Defense of Whitney Houston by Gerrick Kennedy
I couldn't put this book down. Whitney Houston's music was a big part of my childhood but I didn't know much about her life and the background of what was happening as she rose to fame and dominated the music charts. Author Gerrick Kennedy gives Whitney Houston the respect she deserves in this biography, and provides illuminating context in terms of gender, Blackness, sexuality, and celebrity culture.

The Extraordinary Life of an Ordinary Man: A Memoir by Paul Newman
Actor Paul Newman started working on his memoirs in the '80s with screenwriter and friend Stewart Stern. They recorded hours of interviews, both with Newman and friends and family, but the tapes were locked away, only to be found by Newman's widow Joanne Woodward. All those transcripts were then edited together to form this book, which is an honest and revealing look into Newman's life--his childhood, acting career, race car driving, and his extraordinary philanthropy projects. 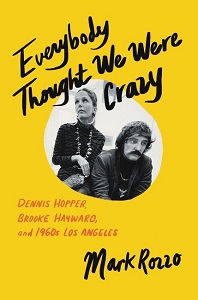 Everybody Thought We Were Crazy: Dennis Hopper, Brooke Hayward, and 1960s Los Angeles by Mark Rozzo
Dennis Hopper and Brooke Hayward formed a unique partnership and marriage in the 1960s. Hopper, originally from Oklahoma, made his way to LA to become an actor (Rebel Without a Cause, Giant, Easy Rider). Brooke Hayward, model and actress, is the daughter of actress Margaret Sullavan (The Shop Around the Corner) and movie producer Leland Hayward. Together, Hopper and Hayward collected art and antiques and supported the LA art scene. They were among the first to appreciate Andy Warhol’s work and the Pop art movement, and their home was the gathering place for artists and musicians. Hopper also was a talented photographer; the book includes his photographs of Tina and Ike Turner, Brian May of The Rolling Stones, Andy Warhol, and Martin Luther King Jr. Mark Rozzo provides a captivating account of Los Angeles in the 1960s, with Hopper and Hayward at the center, before Hopper’s drinking and violent behavior led to their divorce. 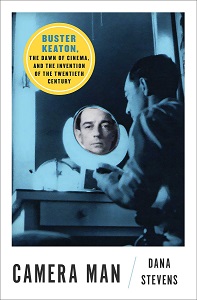 Camera Man: Buster Keaton, the Dawn of Cinema, and the Invention of the 20th Century by Dana Stevens
Dana Stevens’ passionate interest in silent film star Buster Keaton provides insightful commentary on Keaton’s career and films. Keaton began his career as a child performer in his family’s (violent) vaudeville act and then moved into silent films, as he aged out of being the little boy his father threw around the stage. Keaton wrote, directed, produced, and starred in his own films, and while reading this book you’ll probably be motivated to look up iconic films like One Week (the rotating house!) and The General. (The Buster Keaton Short Films Collection, in three parts, is available on Hoopla!) Once Keaton was signed to MGM, he lost his autonomy and was just another actor in the studio system. Even after being dropped by MGM and struggling with alcoholism, Keaton continued to work and utilize his creative talents in film and the new medium of television, which he really embraced. In addition to Keaton’s life, Stevens examines the cultural and technological changes occurring at the time, which reveals all sorts of fascinating facts and history. 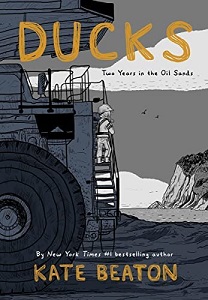 Ducks: Two Years in the Oil Sands by Kate Beaton
Ducks is a memoir in graphic novel form about cartoonist Kate Beaton’s time working in Alberta, Canada. After graduating university, Beaton leaves her Cape Breton, Nova Scotia home to work in the Alberta oil sands with the goal of paying off her student loans. Beaton is one of the few women working and faces constant misogyny. She endures loneliness and trauma, and finds that there is no sort of support system available to the isolated workers. The Canadian landscape is beautifully drawn by Beaton, and even though she was struggling in her isolation, this graphic memoir also includes the humor you'll find in Beaton's other work, like Hark! A Vagrant. 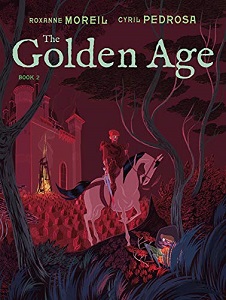 The Golden Age book 2 by Roxanne Moreil and Cyril Pedrosa
This book concludes the Golden Age duology; book one was released in 2020. I absolutely love the artwork in this medieval fantasy series set in the kingdom of Antrevers. You could read the book in one sitting, but I would recommend taking the time to really look over each page to take in the detail and beauty.