It’s time for another installment of Books on TV! This time we’ll look at shows that are based off fiction books. These shows and the books they’re based off of cover various subgenres within fiction but the books can all be found in the general fiction section at the library.

The Last Ship: A global pandemic wipes out eighty percent of the world’s population and the crew of a lone US Navy destroyer, the USS Nathan James, must protect a top microbiologist / immunologist and help in her quest to find a cure before humanity goes extinct. This show is based on the novel The Last Ship by William Brinkley.

M.A.S.H.: This show follows three young surgeons and the other staff of a unit of the Mobile Army Surgical Hospital (MASH) during the Korean War. They use humor to escape the horrors of war because, as they say, laughter is the best medicine. This show is based on the book MASH: A Novel About Three Army Doctors by Richard Hooker (as well as the feature film MASH, which is also based on the book).

Outlander: A married combat nurse from 1945 finds herself mysteriously transported to 1743 in Scotland, which is in the middle of a war with Great Britain. When she’s forced to marry a young, Scottish warrior her heart becomes torn between two men from two different lives. This show is based on the Outlander novels by Diana Gabaldon. 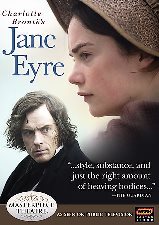 Jane Eyre: This show follows Jane Eyre, a poor orphan who becomes a governess employed by Mr. Rochester, a brooding, wealthy man. She soon falls in love with Mr. Rochester, but he has a dark secret that could ruin their relationship. This show is based on the book Jane Eyre by Charlotte Brontë. There have been many adaptations of this book, both movies and TV shows. The 2006 TV series received critical acclaim and the 1983 version and 1973 version both were pretty well received too. 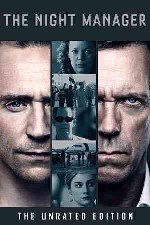 The Night Manager: Hotel manager Jonathan Pine is recruited by a British intelligence officer to infiltrate the inner circle of an international arms dealer, Richard Roper. Pine learns that if he wants to bring Roper down, he’ll have to become a criminal himself. This show is based on the book The Night Manager by John le Carré.

Check out these shows and the books they’re based on now with your FRVPLD card!