Father’s Day is here, and it’s time for a roundup of films and novels that epitomize the complexity of fatherhood. These fictional fathers run the gamut: from hardworking men in post-World War II Italy, to animated clownfish struggling with the demands of being a single parent. 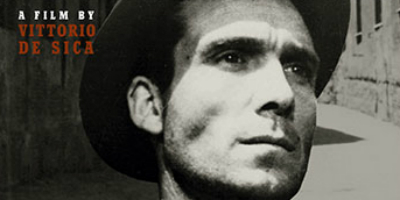 Vittorio De Sica’s Bicycle Thieves is a classic of Italian neorealism. This simple narrative of a father and son attempting to recover their stolen bicycle is alternately inspiring and heartbreaking, and it contains one of the most famous final scenes in film history.

There’s no denying the wily charm of Gene Hackman’s Royal Tenenbaum. Sure, he fakes a terminal illness to ingratiate himself with his estranged family, but it pays off in ways that are unexpected and ultimately endearing.

Marlin (voiced by Albert Brooks) is a clownfish who will do whatever it takes to protect his son from the dangers—real and imagined—that lurk beneath the sea. His overprotectiveness results in Nemo striking out on his own, but Marlin learns to respect his son’s independence and heroically makes his way to…P. Sherman, 42 Wallaby Way, Sydney.

Eddard “Ned” Stark has got his hands full as Lord of Winterfell, Warden of the North, and Hand of the King. But upon recognizing his daughter’s aptitude for swordplay, he arranges for a Braavosi sword-master to serve as her personal tutor. Now that’s fatherhood.

To Kill a Mockingbird – Harper Lee

Since the publication of To Kill a Mockingbird in 1960, Atticus Finch has epitomized rectitude and tenderness. This idealized father figure found its perfect embodiment in Gregory Peck for the 1962 film adaptation.