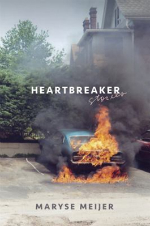 In her debut collection, Meijer writes fearlessly about love and loss. Heartbreaker is a unique and powerful look at the broken and the still-fighting and easily my favorite short story collection of 2016.

“Listen to me, he says. You have to go home.
No.
You have to.
No, she says, sinking her fingers into the ground. 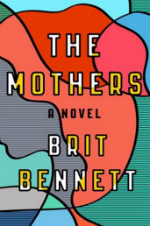 The Mothers by Brit Bennett

Partly narrated by a group of gossipy church ladies, The Mothers focuses on teenage Nadia—“Like most girls, she’d already learned that pretty exposes you and pretty hides you”—who gets involved with the pastor’s son after her mother’s suicide. It begins with Nadia’s abortion, an experience often missing from consideration in our culture’s stories about women or shorthanded as a tragic plot point. Here, it’s given the emotional resonance it deserves, setting the scene for a book about growing up amid absences, both emotional and cultural.

“Grief was not a line, carrying you infinitely further from loss. You never knew when you would be sling-shot backward into its grip.” 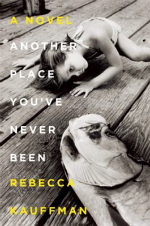 Another Place You've Never Been by Rebecca Kauffman

As Tracy grows from an awkward adolescent into an overbearing woman, we learn how her actions affect those around her—from her mostly absent father to the wife of the man she chooses to have an affair with, ultimately destroying his marriage before he has the chance to put it back together again. Another Place You’ve Never Been is a novel-in-stories: highly recommended for fans of Bonnie Jo Campbell’s short stories.