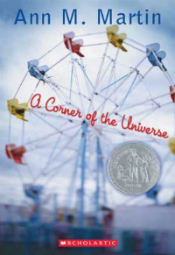 A Corner of the Universe­  – Ann M. Martin

My first experience with realistic fiction, A Corner of the Universe not only expanded my reading horizons, but it taught me at a crucial time in my life that it’s okay to be different.The complexity of this novel lies in the characters’ responses to Adam, a mentally ill family member whom nobody was expecting to reappear. In fact, 12 year-old Hattie Owen had never even known her Uncle existed, but then his “special school” in Ohio closed and he was forced to move home to Millerton to live with his wealthy, strait-laced parents. Throughout the summer of 1960, Hattie finds adventure, tragedy and enlightenment as she comes to understand Adam. 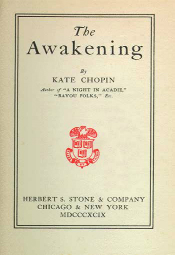 Reading Chopin’s 1899 classic at perhaps too young of an age changed the way that I thought about women and our place in society. The Awakening was a bold piece of fiction for its time, and protagonist Edna Pontellier was a controversial character. She attempted to find self-definition by creating a third lifestyle option for women besides the “mother-woman.” She sees that men are allowed to live lives of sexual fulfillment, while not being expected to bear or care for their children, and develop a personality and individual self through participation in the business world.

"In short, Mrs. Pontellier was beginning to realize her position in the universe as a human being, and to recognize her relations as an individual to the world within and about her. This may seem like a ponderous weight of wisdom to descend upon the soul of a young woman of twenty-eight—perhaps more wisdom than the Holy Ghost is usually pleased to vouchsafe to any woman.” 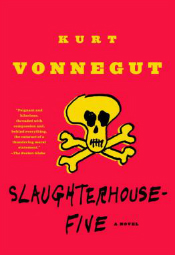 So it goes. The repeated refrain from Vonnegut's classic Slaughterhouse-Five isn't notable for its unique wording so much as for how much emotion—and dismissal of emotion—it packs into three simple, world-weary words that simultaneously accept and dismiss everything. Billy Pilgrim was an American P.O.W. during the bombing of Dresden, much like Vonnegut himself, who has come “unstuck in time.” He often finds himself drifting back and forth between his present life on Tralfamadore and his previous life in the war: an unreliable narrator fusing fact and fiction. The genius of Vonnegut’s novel is that the factual discrepancies, even the chronology, don’t matter. It’s the fact that massacres such as Dresden happened; they have always happened and they always will happen. The numbers, the facts and figures, need not be accurately represented, if the novel’s purpose is, in effect, to prove that firebombing Dresden was not a unique act of brutality. It was one brutality in a long history of brutalities. And so it goes. 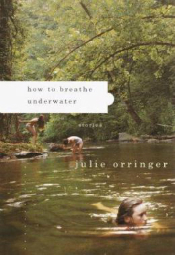 How to Breathe Underwater - Julie Orringer

Julie Orringer’s 2003 collection How to Breathe Underwater showed me how powerful short stories can be; sometimes you don’t need the length of a novel to leave an impact on readers. The stories in this collection are intense, the characters unrelenting. Their trials are familiar if harsh—the illness and death of parents and friends, social ostracism—but Orringer's swift, intricate evocation of individual worlds gives depth and integrity to her debut collection. Julie is better known as the author of The Invisible Bridge. 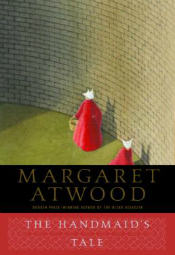 Margaret Atwood is a prolific and versatile writer best known for her novel The Handmaid’s Tale. Here, Atwood has created a dystopian society unlike anything I could have imagined. Women are no longer allowed to read. Nor can they hold jobs or leave their homes. Really, they have no rights at all. Nothing in the Republic of Gilead is futuristic. There are no flying cars or aliens; instead, this novel seems ever more vital in the present day, where women in many parts of the world live similar lives, dictated by biological determinism and misogyny.