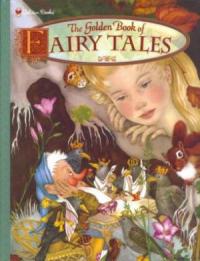 The Golden Book of Fairy Tales translated by Marie Ponsot

The first collection of fairy tales that I can remember reading, The Golden Book of Fairy Tales contains some of my favorites, ranging from the familiar to the more unknown. The Wild Swans, Beauty and the Beast, Donkey-Skin, Kip, the Enchanted Cat, and The White Deer are a few in particular that I encountered in this book, and that I have revisited time and again. My grandparents owned this book and I read it almost every time that I visited their house. I would curl up in a pile of pillows and blankets and pore over these stories, enjoying the beautiful illustrations. It began a lifelong love of fairy tales that continues to this day. A few years ago, my grandmother gave me the copy I read as a child, which is now being held together by masking tape, and it's one of my treasures. 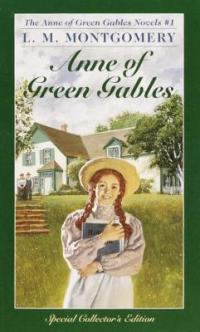 I have long regarded Anne to be my bosom friend. From the first time I encountered the talkative, red-headed dreamer, I felt that she was truly a kindred spirit. As someone with an incredibly vivid imagination, reading Anne of Green Gables gave me a character that I could identify with entirely. Anne is dramatic, inventive, verbose, prone to flights of fancy, and a bit oversensitive, all of which I feel described me as well. I read and reread the entire Anne of Green Gables series, loving the sense of familiarity that I found in visiting Anne, Diana, Gilbert, and Marilla. The interpersonal relationships, the small town dynamics, and the developing romance all provided a world that I gladly could live in. I'm still planning on visiting Prince Edward Island one day. 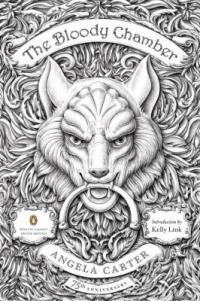 The Bloody Chamber and Other Stories by Angela Carter

An explicitly feminist reexamination of traditional fairy tales, Carter takes the stories we are all familiar with and recasts them with strong female protagonists. Retaining the descriptive prose and Gothic elements of the fairy tales, her ten stories are explorations of women's roles in marriage, feminine identity, and the balance of power between men and women. The Bloody Chamber and Other Stories provided me with a deep, incisive look at gender roles within society, portrayed through settings and stories one step away from reality. My personal favorite in the collection is The Company of Wolves, which was the inspiration for the Neil Jordan (most famous for Interview with the Vampire) film of the same name.

Although it feels somewhat cliché to be a librarian and have "The Library of Babel" as my favorite story in Borges' masterful collection, it is. The idea of the universe as an infinite library that contains all information and also all nonsense is a thought that I love to ponder. His exploration of the universe, human thought and philosophy, time, and infinity stretch the boundaries of what could be considered possible, and his works helped to launch the literary genre of magical realism. I read Collected Fictions my freshman year of college, and it helped to shape my understanding of the way I could change as a person throughout my education. 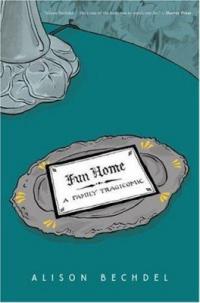 Bechdel's graphic memoir takes moments that are tragically heartbreaking and combines them with dark humor to create a brilliant story. Chronicling her tense and emotionally distant relationship with her father, Bechdel explores her childhood and later coming out, which is mirrored by the revelation that her father was a closeted gay man. The only way in which father and daughter manage to communicate positively is through the sharing of books. The writing of the books took seven years, mostly due to Bechdel's exhaustive artistic process. As I read how Bechdel revisits elements of her life over and over again to make sense of them, it inspired me to take a closer look at events and moments that had occurred in my own life. 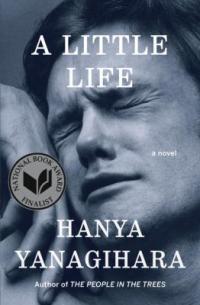 A Little Life by Hanya Yanagihara

Any time I mention this book to people, I feel the need to say that it's a hard read. It's dark, tragic, and deals with themes that can be undeniably difficult. However, it is worth it. It follows four friends over decades of their lives. As their relationships deepen and evolve, they slowly realize that the greatest challenge they face is one of their own. With themes of trauma, recovery, and support as well as chronic pain and disability, A Little Life explores the ways in which humans experience life from unimaginable suffering to unconditional love. It made me examine the relationships that I have in my life and appreciate all the love that we share.