“A short story is the ultimate close-up magic trick – a couple of thousand words to take you around the universe or break your heart.” – Neil Gaiman 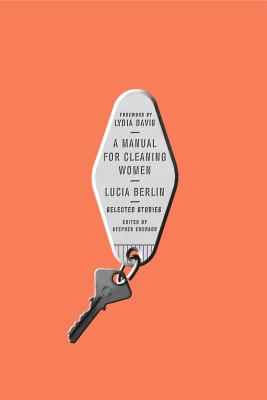 Lucia Berlin has been publishing astonishingly good stories since the 60s. It wasn’t until the August 2015 release of A Manual for Cleaning Women, however, that readers got to know her name.She passed away in 2004.

Lucia Berlin wrote largely from life, which, over 68 years, included enough heartache, adventure, physical pain, and joy for a number of lifetimes. The 43 stories that comprise A Manual range from tiny, flash-like pieces (“Macadam,” “My Jockey”) to longer, more traditional narratives.

Her stories pull us into sunken circumstances with an earnest appreciation for the simple things. They are insightful and real, and readers will be warmed by Berlin’s unexpected observations and spellbinding voice. 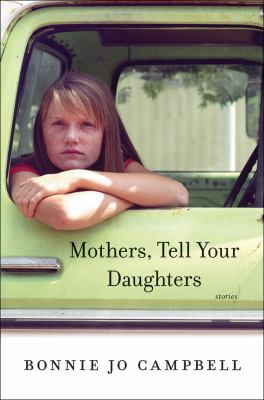 The collective message that mothers pass on to daughters in some of this book's most powerful stories might be summed up simply as "danger ahead," whether that be from predatory men or the difficulties engendered by the power of their own sexuality. In the sobering title story, a dying woman who can no longer speak aloud argues her case for her approach to life, and her record as a parent, in the presence of her adult daughter.

"Women get themselves hurt every day — men mess with girls in this life, they always have, always will — but there's no sense making hard luck and misery your life's work."

Bonnie Jo Campbell is a 2009 National Book Award finalist. She will spend spring 2017 teaching creative writing at DePauw University* in Greencastle, IN. 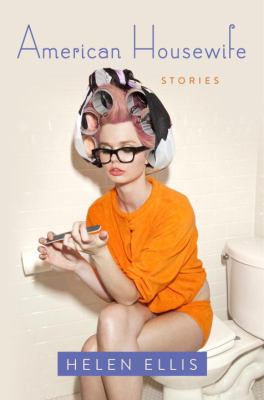 An email battle between neighbors over the decoration of a shared hallway gets heated, then homicidal. The members of a book club recruit a newbie, only to reveal plans to use her body, parasitically, for their own purposes. A co-op board president’s wife carries on friendships with the ghosts of people she’s murdered to keep her husband in power. A failed writer goes on a ferociously competitive antiquing reality show in a final attempt to salvage her career...

In her collection of short stories highlighting the women who manage (and at times destroy) the home fronts, author Helen Ellis takes readers into the unexpected corners of wifedom.

Ellis is a high-stakes poker player and general badass. Margaret Atwood namedAmerican Housewife one of her favorite books of the year which is pretty cool, if you're into Margaret Atwood (and who isn't?).

You don’t forget a story like “Motherlode.” It’s the centerpiece of Thomas McGuane’s latest book, Crow Fair, and rests at its heart between 16 other tales. “Motherlode” is as wayward a short story as you'll come across. It bares the intricacies of a novel-length thriller, with the subtle tone of a Coen brothers’ film, and in the refined manner only a seasoned author like McGuane can bring.

He asked, “Ray, do you feel like telling me what this is all about?”

“Sure, Dave. It’s all about you doing as you’re told.”

“Uh-huh, and staying as needed. Jesus Christ, if this isn’t the ugliest country I ever seen.”

“I picked your car. You were a throw-in. I hadn’t took you along you’d’ve reported your car stolen. This way you still got it. It’s a win-win. The lucky thing for you is you’re my partner now. And you wanna pick up the tempo here? You’re driving like my grandma.”

*I went to school there; you have no idea how upset I am about missing out on this opportunity. But I mean, I saw Bill Clinton speak while I was there. So that's pretty cool?