The Truth Is Out There

I love The X-Files. Completely and whole-heartedly. 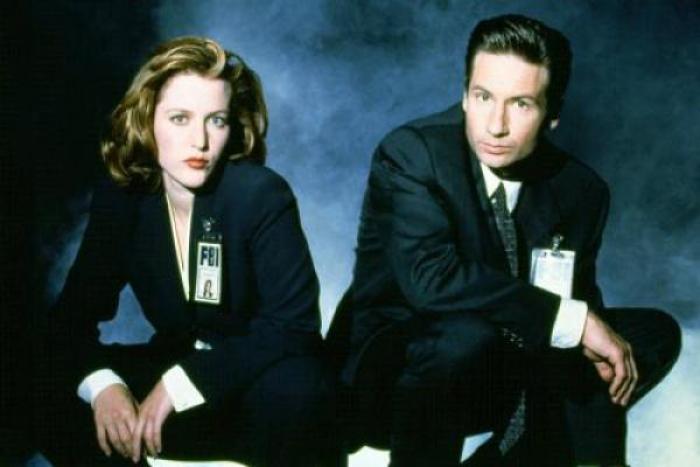 The FBI has never looked so effortlessly cool.

And then, my college roommate and I got our very own Netflix account. With streaming content, we could watch anything! All the shows I wasn't allowed to stay up late to watch in the 1990s were now fair game (and a few I had never known about)! Buffy the Vampire Slayer! Twin Peaks! Charmed! And of course, The X-Files.

I watched the entire show in just a few months, including the movies. Then, a few months later, I watched the entire thing again. I got my friends to watch it. My college roommate is finally finishing it this year and texts me almost every week to tell me about her feelings. I have an entire friendship that is based on a mutual love of Dana Scully. I got my cousin a t-shirt with Mulder's "I Want to Believe" poster emblazoned across the front for Christmas three years ago. 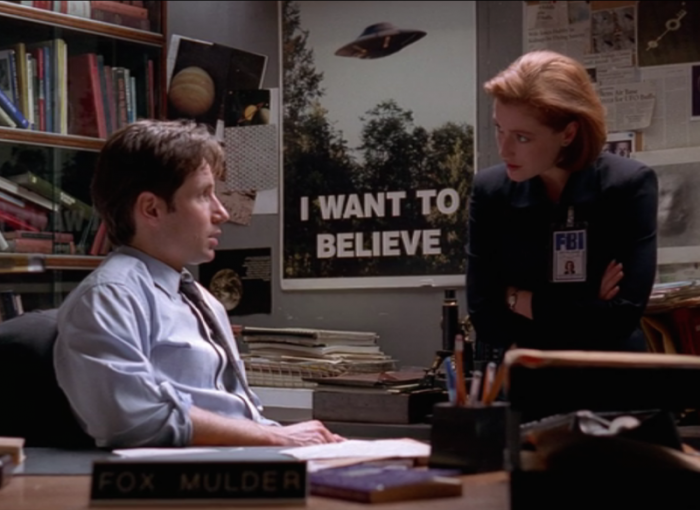 That poster, but on a t-shirt. Plus cats on the flying saucer. Don't ask why.

The point of all this is, The X-Files means a lot to me and Scully and Mulder are two of my favorite fictional characters.

So, imagine my joy when I found two brand-new books at the library that were prequels to the televsion series that I know and love! Agent of Chaos and Devil's Advocate follow Mulder and Scully as a seventeen-year-old and a fifteen-year-old, respectively, well before they join the FBI. The books take place within the same span of time, with Agent of Chaos detailing the events of Mulder's life and Devil's Advocate following Scully. The two teenagers are living near each other, so watch for some crossover characters and locations between the books. The books make the most sense if you've watched the show, but even if you haven't, they would still be an entertaining read. 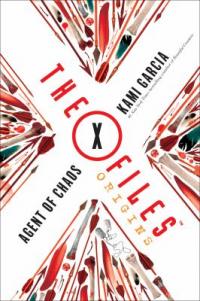 Agent of Chaos by Kami Garcia

Known as Spooky Mulder throughout his career in the FBI, as a teenager, Fox Mulder does not yet believe in aliens. Instead, he is just beginning to hear of the conspiracy theories that later shape his life and his work in the FBI, and he is not quite sure that he's ready to believe. It's the spring of 1979, and children are being abducted- and then turning up dead. After the disappearance of his sister five years before, Mulder is unable to keep from getting involved, and soon finds himself on the trail of a serial killer with the help of his two best friends and a science fiction book. 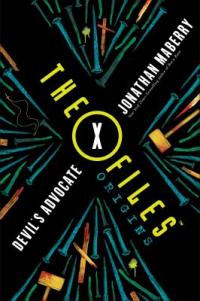 A skeptic of the supernatural and paranormal? By the time she joins the FBI, yes, but not so much at age fifteen. Dana Scully has been having dreams for years, but in the spring of 1979, they've been becoming more detailed and disturbing. There seems to be a figure haunting her dreams, one that at times seems like an angel and at others, the devil. When her classmate dies and appears both in her dreams and as hallucinations, Dana feels she must investigate, expanding her inner psychic nature to find evidence. As more classmates die and she investigates further, Dana comes face to face with the knowledge that evil is real.